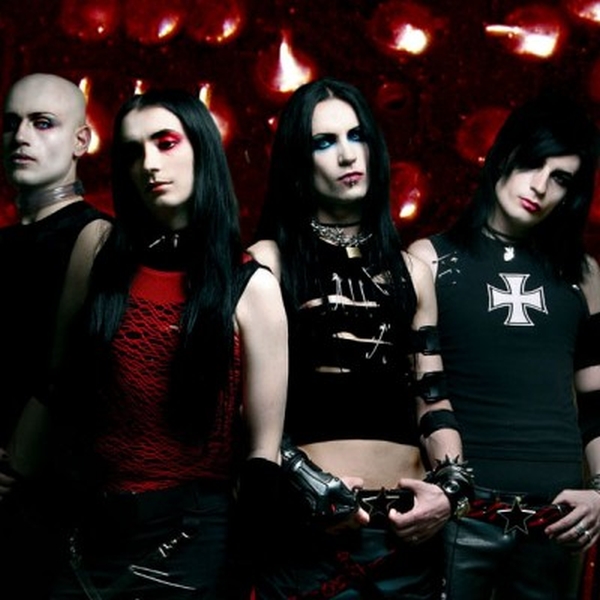 Këndon kryesisht: rock
Dope (Us) është grup këngëtarësh i huaj shumë i njohur. Dope is an American industrial metal band from Villa Park, Illinois, formed in 1997 in Chicago, Illinois. To date, the band has released five full-length studio albums. Their most recent, No Regrets, was released on March 10, 2009.

The band was founded by song writer and lead singer Edsel Dope in 1997. As a child, Edsel and his brother, Simon Dope, were separated when their parents divorced. When the two were adults, they reunited and Simon joined Edsel's band, playing keyboards. The pair then recruited Tripp Eisen as guitarist, Preston Nash as drummer, and Acey Slade as bassist.

Unlike many of the popular bands from the 1990s, Dope derived their sound from influences taken from hard rock bands and fused that with the sound of industrial rock acts which had made waves earlier in the decade, such as Ministry, as well as industrial music act Skinny Puppy.

In their earliest days, the band sold drugs to survive and purchase instruments. Furthermore, the name "Dope" refers to drugs and drug culture, as shown by their early T-shirt designs, which prominently displayed hypodermic needles.

The band also had some early connections with fellow rockers Marilyn Manson; ex drummer Ginger Fish shared an apartment with Edsel Dope in Las Vegas during the earlier 1990s, before either of them were in their respective bands. Also, guitarist Zim Zum allowed the band to claim that they were "currently being produced by Zim Zum" on the cover of their promotional discs to help them gain a record deal. It was originally planned that Zum would produce their debut. However, he was busy recording the album Mechanical Animals at the time. Lead singer Edsel has also maintained a good friendship with ex-Manson guitarist Daisy Berkowitz.

Felons and Revolutionaries was created after performing on the New York City club circuit, and releasing several promotional cassettes the band was signed by Epic Records. For the album's recording, Sloane Jentry had left the band and Tripp Eisen moved to guitar, while Acey Slade was brought in on bass. The album featured fourteen tracks including two covers, which were; "Fuck tha Police" by N.W.A. and "You Spin Me Round (Like a Record)" by English new wave band Dead or Alive, which featured in the movie American Psycho. "Debonaire" was also featured on the Scream 3 movie soundtrack and the first The Fast and the Furious movie during the raid on Johnny Tran's house scene.

A live video for the song "Sick" was recorded to capture the energy of the group's live show. The first single and non-live promotional video released by the band from the album was "Everything Sucks", which failed to chart. The second single, a cover of "You Spin Me Round", saw the band gaining more attention; it received radio play and reached No. 37 on the US Mainstream Rock charts.

After the relative success of their debut album, Dope decided to record a follow up entitled Life. Several band changes had taken place once more; Tripp Eisen was fired from the group and joined Industrial metal band Static-X, so Virus, a guitarist/producer from New York City who was originally hired for bass, replaced him on guitar in 2000. Acey Slade was moved to the position of guitar, while Sloane Jentry (who had remained friends with the band) rejoined, this time on bass. On drums, Preston Nash was replaced by Racci "Sketchy" Shay.

The two singles from Life; "Now or Never" and "Slipping Away" reached No. 28 and No. 29 on the Mainstream Rock charts respectively. The album itself reached No. 180 on the Billboard charts and No. 6 on the Top Heatseekers, which up until that point was the band's highest charting. After the album's release, Simon Dope left the group to pursue a career as a video game producer.

"Debonaire" from the first album was used in the movie The Fast and the Furious. More soundtrack work was done by Dope in 2002, as the band recorded WWE chairman Vince McMahon's theme song "No Chance (In Hell)" for the WWE Forceable Entry audio release. Dope's music had previously been used as the background theme in ECW, and Rhino also used "Debonaire" as his entrance theme.

Around this period, Edsel Dope also had a public rivalry with the band Murderdolls, particularly vocalist Wednesday 13. An early version of that group had featured Racci Shay on drums; and under the name Murderdolls, it featured Tripp Eisen. Dope guitarist Acey Slade then left the band to join Murderdolls in mid-2002.

See; Group Therapy (Dope album) for more information.
Disappointed with the label's perceived lack of promotion for the album, the band left Epic and joined Artemis Records, a New York independent record label. Lead guitarist Virus would now act as sole guitarist in Slade's departure, and he would contribute to the songwriting significantly.

Dope's third studio album was titled Group Therapy. It was innovative in that it also featured a video for each song; meaning in total those who purchased the album received thirteen audio songs and videos. One song from that album, Today is the Day served as the official theme song for WWE's pay-per-view event No Mercy 2003 in October. The songs "Falling Away", "Bitch", "Motivation", "Burn", and "So Low" were featured in video games.

See; American Apathy for more information.
By 2005 Dope had regrouped once more, the band had a new bassist; Brix Milner. For their new album entitled American Apathy, the band returned to a harder sound similar in some respects to their debut, in an Industrial metal style. Amongst the 14 tracks present was a cover of Depeche Mode's "People Are People", as well as N.W.A's "Fuck Tha Police"

Although released eight years after the band formed, four albums in and on an independent label, American Apathy performed well in the charts. It was a No. 1 hit on the Top Heatseekers chart, for the first time in the band's history and it also saw the band's highest charting on the Billboard chart to date.

Ironically, Ben Graves of the Murderdolls joined Dope as the live drummer on a tour of Japan. In fact that wasn't the only inter-group mixing between the two bands; in 2006 Brix Milner filled in for the injured Kid Kid on bass, in Murderdolls front man Wednesday 13's solo band.

Edsel Dope and Virus became involved in an alternative pop rock side-project with Edsel playing drums, called Makeshift Romeo. This also witnessed Edsel removing his dreadlocks which he had worn all throughout his time with Dope.

No Regrets is the band's fifth studio album. The album was released on March 10, 2009. The album debuted at No. 88 with 6,200 copies sold in its first week, making it the highest-charted album in the band's history. This CD is different from past releases in that the name of the CD is repeated in many of the songs, including "Dirty World," "My Funeral," "We Are," and the CD's title track. "Addiction" is the third single from the album. The song features a guitar solo by the guest musician Zakk Wylde.

Dope has finished their spring tour of the United States, the tour, which took place over two months, included 22 dates. Tripp Lee played live on bass with the band (although Brix is still listed, and seems doubtful that he will return) and a new drummer named Angel Bartolotta, formerly of Pig and The Genitorturers has joined. It was announced on October 15, 2008 that the first single from No Regrets is called "Violence". The song is currently available to listen on the band's MySpace. There will be a music video, for "Violence", according the image the band set for album art. One of the tracks for the album was released in late 2007 in the game, Guitar Hero III: Legends of Rock. Guitar Hero III includes a song by Dope called "Nothing for Me Here" on the bonus list and mentions that it will be on the band's upcoming album. In concert, Dope has stated that their new album is finished, but they need to make sure they "will get paid for it before releasing it". Some time in early 2009, Dope updated their official website, which now features promotion for No Regrets, which was released on March 10, 2009. Previews of eight tracks from the new album can be heard via the music player on the site. In addition to this, the full music video for the single Addiction, which features Zakk Wylde of Black Label Society and well-known guitarist for Ozzy Osbourne is available to be viewed on the site. One of the tracks on the new album is a cover of the Billy Idol single, "Rebel Yell". On July 29, 2008, Dope released American Apathy Reloaded—a CD of remixes and alternate versions of songs from American Apathy, plus a live DVD.

Dope has released a video to go along with the second single on the album, "6-6-Sick". The song "Nothing for Me Here" is featured in the video game Guitar Hero III: Legends of Rock as a bonus track, therefore making the song's original release date in 2007, 2 years before No Regrets was released. Virus, the lead guitarist, teaches guitar/bass at the Paul Green School of Rock, in Fort Washington, PA. Virus also produces up-and-coming bands and writes music for TV and video game companies such as Activision, Disney and ESPN. In 2011, Dope performed at the Gathering of the Juggalos. On August 12, 2011 Dope played at Mojoes In Joliet, IL. Here, Edsel announced that Dope has been working on a new album. In 2012, Virus joined David Draiman's new band "Device". On the September 19, 2013, the band officially released a teaser for the song "Drug Music" from their upcoming sixth studio album, entitled "Blood Money" via their Facebook page. Album was planned to be released in March 2014, but later in an interview with Dee J. Nelson, it was said that the release will take place in the summer. The first single "Selfish" with music video was released on August 26, 2014 and via Facebook the frontman of the band announced that Blood Money will be a two-part album. The exact date of release of the new album is still unknown.